Law Office of Jason B. Going Belleville, IL | How Will An ERISA Lien Affect My Personal Injury Claim? 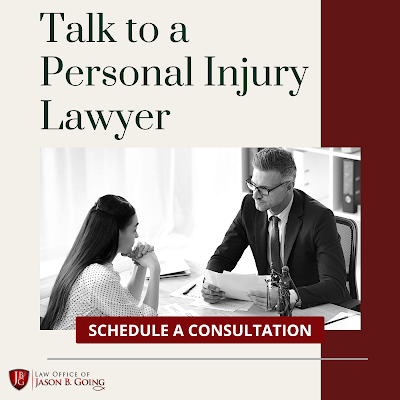 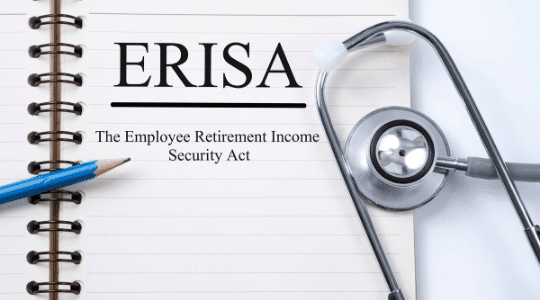 Those who are dealing with the aftermath of a personal injury will likely find themselves wading through many complicated pieces of information. Between the medical bills, the treatment plan for recovery and rehabilitation, the legal issues of a lawsuit, and the day-to-day impact that an injury has on the injured person’s life, it can be overwhelming to try to sort through it all. Adding to these complications for many personal injury cases is an ERISA lien.

ERISA is a complex federal statute that sets minimum standards regarding healthcare. This article will help you understand how ERISA can impact your personal injury claim and what options you have to manage it.

The Employee Retirement Income Security Act of 1974 (ERISA) is intended to provide minimum standards for private companies that provide retirement and health insurance benefits to their employees. Over the years, there have been many amendments to ERISA, and it has become a complex web of regulations and standards. Some of the acts that have since amended ERISA include the following:

Each of these amendments has added more complexity to ERISA as a whole, and it requires thorough understanding, expertise, and experience to be able to effectively interpret and understand the connections between different elements of ERISA and their real-life implications.

What is an ERISA lien?

One of the provisions of ERISA involves the way that certain large health insurance providers are able to collect money for the health care payments they made when the injured party subsequently receives a settlement. Basically, ERISA gives these providers the right to be paid back for the medical bills they covered prior to the settlement. If you have your medical bills covered by a company that qualifies under ERISA and later receive a settlement, you may owe the health insurance company for the money it paid.

These companies will place a lien for the amount they have paid and will often employ third-party companies whose job it is to collect these funds from plaintiffs who receive personal injury settlements.

How can an ERISA lien affect personal injury settlements?

In the simplest sense, an ERISA lien can reduce or even eliminate the money that an injured party would receive from a successful personal injury lawsuit settlement. When the injured party has been counting on that settlement to get back on track following their injury, the fact that much or all of the settlement may be claimed by the health insurance company can be incredibly disappointing and disrupting.

What options does a personal injury plaintiff have when it comes to ERISA liens?

Negotiating against an ERISA claim can be very complicated. In 2013, the Supreme Court ruled in a case called Airways v. McCutchen. This ruling cleared up an earlier question left in legal limbo, but it made things much more difficult for personal injury plaintiffs.

Importantly, the court ruled that “Neither general unjust enrichment principles nor specific doctrines reflecting those principles–such as the double-recovery or common-fund rules invoked by McCutchen–can override the applicable contract.”

To put it simply, this ruling — which was in favor of the health insurance company — makes it more difficult for a personal injury plaintiff to avoid paying or reduce the amount of an ERISA lien.

What can an attorney do to help personal injury plaintiffs deal with ERISA liens?

The truth is that negotiating an ERISA lien is legally quite challenging. The most recent court rulings have left personal injury plaintiffs with fewer options than they had in the past, and current negotiations require careful, expert readings of the contract.

An experienced and dedicated attorney still has some pathways that can help a personal injury plaintiff navigate an ERISA lien:

There are two funding types for health insurance plans. It’s very important to understand the differences between these two because one is subject to ERISA rules while the other is subject to state laws. It’s not always clear to employees which funding mechanism is being used for their specific plan, so having an attorney who can look closely at the procedures is an important step to understanding the options for disputing an ERISA lien.

When the employer directly funds the health insurance plan, the plan is considered self-funded. This is more typical with large companies that can collect funds directly from employees through premiums and pool them together to make their own purchases. These plans will typically be governed by ERISA regulations.

In an insured plan — which is common for employers with a small pool of employees — an insurance company collects premiums from the employer and pays for claims. These insurance companies are typically subject to state law, which means there is more room to negotiate with ERISA lien requirements.

The third-party that has been hired by the insurance company to collect on the ERISA lien is typically not going to volunteer information that might make it less likely for their client to collect the money. An attorney can make sure that all the documents that might make negotiation more successful are provided and carefully analyzed. The McCutchen case put a lot of emphasis on the specific language in the contract, so having an attorney carefully read the contract can provide insight into available next steps.

An ERISA lien can have a major impact on a personal injury claim. Negotiating an ERISA lien is a very complicated and difficult procedure, and reaching out to an experienced attorney is the best way to find out what options are available. Request your free case review today.