Law Office of Jason B. Going Belleville, IL | How Much Can I Expect From A Car Accident Settlement In Illinois? 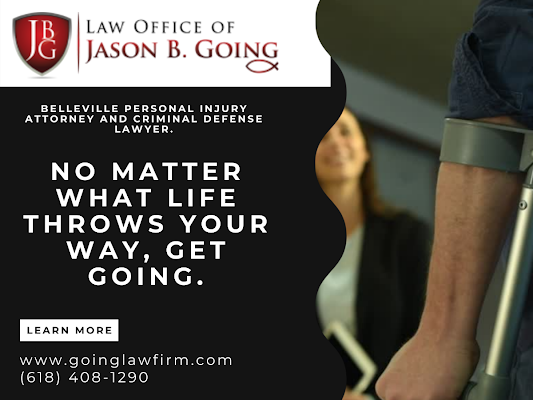 Is there anything that can turn a good day into a bad one faster than a car accident? Even just a relatively minor fender bender can result in hours of lost work, disruptions to your routine and ability to take care of daily responsibilities, and what feels like mountains of paperwork to try to get things back in order. As you face the aftermath of a car accident in Illinois that was not your fault, you may be wondering what kind of payment you could get from your car accident settlement. Let’s take a closer look.

How is fault determined in a car accident?

In a car accident, the calculation of who is at fault is often determined by the insurance companies involved, and they will use a combination of details from the accident itself to make that determination. The insurance company will use a combination of state laws, the details on the police report, and potentially witness statements to help inform their assessment. They will likely also use the physical evidence of the accident itself and send out an assessor to look closely at the damage to the vehicle, take pictures, and create a thorough report.

In states with modified comparative negligence — which includes Illinois — you are not entitled to collect for damages if you are found to be 51% or more at fault for the accident.

What is a settlement?

To begin, it’s helpful to make sure you have a thorough understanding of the term “settlement” and what it means as a legal term. When you have been the victim of someone else’s negligence or mistake, you may be facing damages. Often, these damages become the central focus for a legal case that attempts to recover what was lost from the party responsible for the damages.

When an agreement is made about the amount that the responsible party will pay, that amount is referred to as the settlement.

This amount is often the result of negotiations between the plaintiff and defendant. This is an important function of a lawyer during a car accident case. Attorneys will use their experience and expertise to negotiate the highest possible settlement on your behalf if you have damages from a car accident.

What damages are under consideration?

There are many different types of damages that could be sustained during a car accident.

Damages to the Vehicle

The most obvious damages of a car accident are the ones that have a direct cost that the injured party has to pay. These include damages to the vehicle that need to be repaired. In the case of a car that is totaled beyond repair, damages may include the cost of a replacement vehicle.

Lost wages are another area in which plaintiffs can seek compensation. If you had to take off time from work in order to seek medical treatment or get car repairs, you may be entitled to compensation for wages lost. In addition, if you are injured in the accident and missed work while you were recovering, those lost wages may also be considered.

More complicated, however, is calculating the cost of pain and suffering. While the injured party is entitled to compensation for the physical and mental toll of being the victim of a car accident, it can be much more difficult to negotiate a fair amount of compensation for these elements. This is where the presence of an experienced and skilled attorney can be especially important.

What amount can you expect in a settlement?

The amount of a car accident settlement in Illinois varies widely depending on the circumstances of the case. One general rule of thumb is to anticipate approximately three times the cost of medical bills associated with the accident. However, this is not a definitive measure of the settlement, and some cases will settle for much less while others may settle for far more.

The unique and individual circumstances of the accident itself and the extent of the damages will have a tremendous impact on the eventual settlement.

Car accident victims who have an experienced attorney working for them during the negotiation phase will have the best opportunity to maximize the settlement and recoup some of the losses from the accident so that they can get back to their lives as smoothly and quickly as possible.